Shriman Kalyan on the Value of ARQ’s Design-Led Thinking

Shriman Kalyan is Director, Digital Experience at ARQ. In this role he has been championing a strong customer-centric approach which has delivered outstanding results for clients.

In this interview he talks about the importance of a design-led approach, some of the use cases and changes that he expects to see in the near future.

Can you tell us what the primary focus of your role is?

I provide design advisory for clients and build and maintain relationships with them throughout projects. I work closely with our design team to make sure it is enabled and empowered to deliver the best results.

At ARQ we are constantly building up our internal capability to ensure what we are offering is cutting edge in the market.

Can you tell us about your experience prior to ARQ?

I worked at different global consulting firms prior to joining Outware, from where I then moved to ARQ. Through these jobs I was able to really hone my skills and understand the direction I wanted to take my career.

I worked as an analyst for a European telecom major and that’s what first gave me an eye for a customer’s point of view. This then developed into an interest in the UX stream which I pursued after completing my MBA.

At Outware I led the UX definition for a multitude of projects across mobile applications such as wearables, phones and tablets. This was at a time when a number of major brands were entering this space and we were able to support them in doing so.

How important is design in ARQ’s digital offering?

It’s incredibly important. At ARQ we prioritise design-led thinking. We’re not just looking at the engineering solution, but rather what’s the holistic product solution from an experience point of view as well.

It’s good to see that our clients are increasingly seeing the need for a more design-led approach to transformation and this is actually something being demanded by users as they come to understand what technology is capable of offering.

While design has traditionally been seen as a sub-component of applications, we have successfully moved towards design-led thinking in everything we do.

Can you provide some examples?

We developed an app for a superannuation fund and took an entirely member-centric approach when we did so. Through the app we were able to double active engagement compared to the existing website. Superannuation usually has low engagement because it’s not something people usually think about. But the work we did just went to show that when you put the effort into understanding what users want we are able to offer a much stronger product.

We talked to members as part of our research in designing the app and we took a life-stage approach and identified the key pieces of information they would need at different stages and ensure they were easily accessible through the app. The other approach we took was what we called smart nudges. This was more the behavioural aspect with the underlying factor being financial wellbeing. This was about giving the member hints or suggestions based on what they need and we were able to represent this more visually on the landing page.

Another example was an app developed for the online delivery workforce of a large retailer. The app was not mandated for drivers and they could have used their previous systems which were still in place.

However, we were delighted to see that there was almost a 100% adoption rate nationally. We had actual drivers and supervisors sitting in our workshops when we developed the app. That’s what we mean by human-centricity or user-centricity. It’s not just about conducting workshops and taking out one insight from it. But rather it’s about co-designing the product with the end user.

The introduction of the app led to a time reduction of upwards of 40% for the drivers. You can easily extrapolate the amount of savings it brought to the business. And it was a really positive influence on the users who recognised that we were designing for them and not just the business.

As designers we are the bridge between the business and the user.

What do you anticipate being some of the changes we are likely to see in the UX space over the next five years?

As a design community we have become really good at creating seamless, intuitive experiences that are repeatable. I think what lies ahead is an effort at really pushing the limits to offer really smart and intelligent experiences for users.

I think that there needs to be a good degree of synchronisation between what designers can imagine vs what the technology can actually deliver. Given the recent maturity in AI, I think it’s just a matter of investment in the right direction.

The question we need to ask is how are we able to provide multiple moments of joy across digital touch points? To do this we need to deliver both intelligent and imaginative experiences.

This is nothing less than what the user deserves. 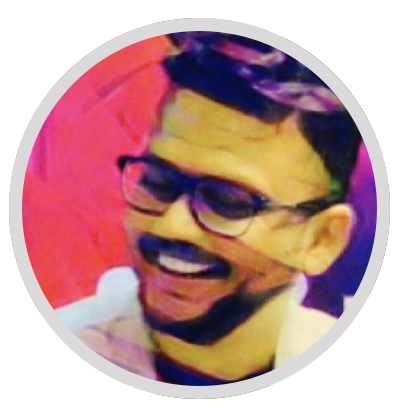 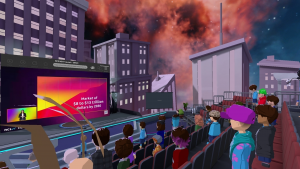 How we created our immersive metaverse experience

How do you bring together a geographically distributed workforce across the world for a major corporate event? Metaverse – the latest buzzword 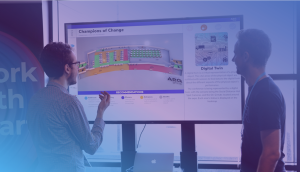 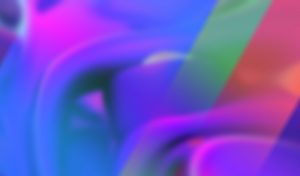 5 essential tips to create an Augmented Reality Experience that even your grandpa would love!